Year of the Lung Resolution at the 111th Congress

Throughout 2010, the U.S. COPD Coalition participated in the Year of the Lung Campaign designed to raise awareness about lung disease globally. As part of the campaign, we asked you to tell your elected officials to pass a resolution officially recognizing the goals of the Year of the Lung. COPD advocates, along with our health care provider partners, succeeded and before the 111th Congress ended in December, the House of Representatives passed H.R. 1122.

This is the second time in recent history that Congress has passed a resolution dealing with lung disease.

The Year of the Lung initiative sought to raise awareness about lung health among the public, initiate action in communities worldwide, and advocate for resources to combat lung disease, including resources for research and research training programs worldwide. While H.R. 1122 mentions COPD several times, it comes as a part of a long list of lung health issues from conditions such as childhood asthma and lung cancer.

The Year of the Lung Resolution was built on the COPD Awareness Month resolution (H.R. 919), which was passed in 2009. H.R. 919—introduced by Caucus Co-Chair Congressman Cliff Stearns, R-FL—was tailored specifically to COPD by supporting the goals and ideals of COPD Awareness Month. The Resolution draws attention to COPD on two fronts: the general public and our elected officials.

Raising awareness for COPD among the general public is crucial because half of the estimated 24 million individuals with COPD in the United States remain undiagnosed. Equally vital to the COPD community is raising awareness among our elected officials. This past month, COPD was raised from the fourth leading cause of death in the U.S. to the third—a change that came an unsettling 12 years ahead of schedule.

Climbing the mortality charts is no victory for the COPD community; in order to set this trend in reverse, we need the help of those who introduce and implement legislation to enact a large-scale change in the form of a comprehensive COPD bill.

The subject of raising awareness among elected officials is thrown into new light with the inauguration of the 112th Congress. There are many new lawmakers that need to be educated about COPD and plenty of work to be done over the next two years to ensure COPD is a priority and that comprehensive COPD legislation is passed. There is a roll for everyone in the COPD community to play, no matter what skills and abilities you have. You can still make a difference! 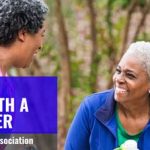