Editorial: The intersection of women’s health, lung health, and disease 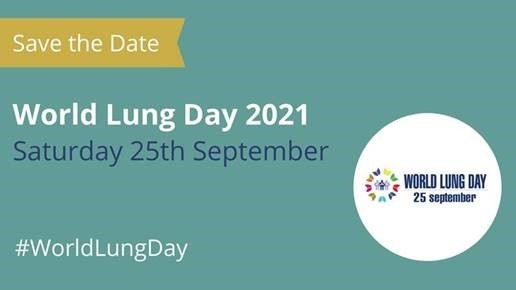 We celebrate World Lung Day 2021 with a somber tone, realizing that the past year has likely seen more deaths related to lung disease than at any other point in our lifetimes. The COVID-19 pandemic has provided both an unwelcome reminder of the lung’s vulnerability to environmental microbes and toxins and a striking demonstration of how scientific research can improve care and patient outcomes. Respiratory health providers—pulmonary and critical care physicians and respiratory therapists—have shown extraordinary dedication, consummate skill, and even heroism in responding to COVID-19, and it is noteworthy that the medical community associated with this journal has never looked better. But the pandemic has also shown light on how little we understand about individual factors that determine lung susceptibility and resilience—factors such as age, race/ethnicity, and sex/gender. In particular, males have suffered more from COVID-19 than females, both by cases and by deaths (1, 2). This is especially interesting because it is opposite to what is typical for chronic lung diseases, namely, a slight to threefold predominance of female cases. The pandemic reminds us not only of the need to address health inequities but also of the complexity of that issue, which often interweaves women and men differently among the threads of race, poverty, geography, environment, education, and health-care access (3, 4). In this editorial, we look beyond the pandemic and highlight women’s lung health—a longstanding issue that would benefit from greater research interest and intensity.

Women’s lung health has roots in the prenatal period when sex hormones and exposures in the womb drive differences in early lung development, anatomy, and physiology (3). Sex differences in lung development and maturation can be observed as early as 16 wk of gestation, where androgens increase airway branching in males resulting in larger lungs with more bronchioles at birth (4). In adulthood, these prenatal androgen exposures result in larger airway diameters, more alveoli, and increased lung volume in men when compared with women (5). Sex, hormones, and gender continue to impact lung health across the lifespan with differences in risk, susceptibility, and resilience to lung diseases (6, 7). Effects of sex steroids on chronic lung diseases often involve their roles in immune cell function and lung inflammation (8), but this biological difference is insufficient to explain the diverse and profound differences in morbidity and mortality that women experience throughout their lifetimes (9, 10). Gender differences are also driven by a host of external factors (11, 12). Research on women’s health must consider both the biological perspective, which operates at the genetic, molecular, cellular, and physiological levels and the social/environmental perspective, which operates at the individual, community, and societal levels.

Sex and gender have key roles in disparities for chronic lung diseases. Chronic pulmonary diseases have high morbidity and are the third leading cause of death for women in the United States (13). Both epidemiology and clinical presentation for chronic lung disease can differ between women and men. Asthma prevalence is more common in boys during childhood; however, incidence rates increase for girls around puberty when rates decrease in males (14). In adulthood, asthma is more prevalent in women regardless of race, and exacerbation rates, hospitalizations, and mortality are higher among women (15). Asthma severity can also be modulated by body weight and sex hormones (16). In the United States, rates for chronic obstructive pulmonary disease (COPD) in women have been rising since 2008 and now exceed those of men. COPD is a leading cause of death among women, particularly those with comorbidities (17). A notably different example is how sex can alter disease course in cystic fibrosis (CF) with what is known as the “CF Gender Gap.” In CF, estrogen has profound impact on the virulence of Pseudomonas aeruginosa and the formation of biofilms which enable bacterial persistence (18). Similar mechanisms may contribute in other chronic lung diseases associated with bronchiectasis, where there are clear gender differences in onset, association to underlying disease, morbidity, and mortality (19). Other mechanisms are likely at play in autoimmune diseases affecting the lung, which include sarcoidosis, systemic sclerosis (SSc), rheumatoid arthritis (RA), Sjogren’s syndrome, and systemic lupus erythematosus—all of which are more common in women than men (20). The pulmonary impact of autoimmune diseases may be aggravated by co-occurring pulmonary arterial hypertension (PAH), which is often progressive leading to right heart failure and death. Women are twice as likely than men to develop PAH (21), including in the context of autoimmune disease. PAH in patients with SSc who develop interstitial lung disease is associated with increased morbidity, resistance to PAH therapy, and overall poorer health outcomes (22, 23). As systemic sclerosis occurs more commonly in women, they represent an at-risk group for PAH (24, 25). An even more prevalent autoimmune condition with increased rates of lung disease is rheumatoid arthritis. The rate of RA in women is nearly threefold greater than in men, with earlier disease onset and highest incidence around menopause. Extra-articular manifestations include several forms of interstitial lung diseases with clear sex differences in clinical presentation (26, 27). Another autoimmune condition that is more common among women is sarcoidosis. Although the cause of sarcoidosis remains unknown, evidence suggests that underlying genetic and other risk factors for sarcoidosis include sex, race, socioeconomic status, and gene-environment interactions (GxE) (28).

Obstructive sleep apnea (OSA) is a serious medical condition characterized by repetitive episodes of partial or complete upper airway collapse during sleep, resulting in restricted airflow, oxygen desaturation, and sleep fragmentation. Conservatively, 4%–7% of women exhibit OSA, with higher prevalence in women who are overweight/obese, postmenopausal, and pregnant (29, 30). Sleep apnea is associated with increased risk for many conditions impacting women, including cardiovascular disease, diabetes, depression, cancer, and dementia (31). Although OSA is treatable, the majority of women with OSA fail to receive an appropriate diagnosis (29). The classic stereotype for OSA is an obese, middle-aged male with chronic snoring and excessive daytime sleepiness; however, important sex/gender differences exist in clinical presentation. Women with OSA more frequently report fatigue, depression, anxiety, insomnia, and difficulty sleeping—symptoms that are not primarily queried in most apnea risk assessment tools. Research is needed to improve methods for apnea risk detection, reducing bias due to sex differences in symptom presentation. The diagnosis of OSA is based on the apnea-hypopnea index (AHI), which measures the number of apneas and hypopneas that occur per hour of sleep. Women tend to have lower AHI compared with men, shorter duration of apneas, and less severe oxygen desaturation, but in certain cases, the health risks they incur associated with apnea are the same or even greater than in men (e.g., elevated high-sensitivity cardiac troponin levels, increased left ventricular mass, incident heart failure, impaired endothelial function, and brain white matter loss) (10). Furthermore, recent studies have shown that women are susceptible to subtle airflow limitation (AFL), which does not meet AHI criteria but nonetheless triggers arousal from sleep, sympathetic activation, and potentially other pathophysiological effects (32). These findings suggest that assessment and diagnostic criteria may need to be redefined, considering sex/gender-specific sleep-disordered breathing symptoms and clinical phenotypes.

Sex/gender differences are apparent both during acute infection with SARS-CoV-2 and for the postacute sequelae of COVID-19 (PASC, “long-COVID”). Research in this area is perhaps a model for that on other diseases, since the norm has been to report results in a sex-disaggregated manner and to routinely consider sex as a biological variable (SABV) in COVID-related studies (33, 34). This rigor has quickly yielded compelling data on sex and racial disparities in COVID-19 with the level of detail that is needed for nuanced interpretations. For example, a recent publication confirmed that, although men have higher mortality rates than women overall, this sex disparity does not hold across racial groups (35, 36). In fact, COVID-19 mortality rates for Black women are higher than rates for both men and women of either White or Asian/Pacific Islander ancestry. In addition, women appear to be much more prone to developing PASC, as evidenced by greater morbidity and health-care utilization after COVID infection (37).

This brief overview of women’s lung health illuminates many opportunities for research. It remains critically important for all clinical researchers to include adequate numbers of women in their study populations and to report results in a sex-disaggregated manner. There is also a need for specifically designed studies to investigate the etiology origins of sex/gender differences and to develop and test approaches for reducing disparities. A crude analysis of the grant portfolio of the Division of Lung Disease, using the NIH Research, Condition, and Disease Categorization (RCDC) system, suggests that among all grants on lung diseases funded by National Heart, Lung, and Blood Institute (NHLBI) in the past 5 years (Fig. 1), only 3% are specifically directed to issues of women’s health. NIH is taking positive action to address this situation. In May 2014, NIH stated clearly that rigor and transparency in research requires researchers to account for sex as a biological variable (SABV), and NIH identified this as a requirement in most NIH-funded research. This was expanded in 2018 to include consideration of age across the lifespan. These policies have implications for preclinical research (38), and they encourage the research community to go well beyond the simple inclusion of both sexes in their studies. For example, we need clinical study/trial designs that test strategies for personalized medicine that are inspired by the distinctive risks and disease mechanisms of women (13, 38). Although we affirm efforts by the research community to improve transparency and rigor in the reporting of clinical research studies (39), the time has come to move beyond the use of metrics developed and validated in male-dominated studies (e.g., sleep apnea, AHI) and that test interventions that target mechanisms that are particularly relevant to diseases as experienced by women. Furthermore, future research on women’s health should not only investigate biological differences associated with sex/gender but also explore how women are affected by disease in the broad context of external factors such as social determinants of health. To address these disparities in lung health across the lifespan research in health education, early intervention and primary prevention are areas much in need of stimulation (40, 41). This type of interdisciplinary work may be aided by expanding the capacity of the research community, especially with regard to recruitment and advancement of women scientists. NIH provides tangible support for such efforts through the Building Interdisciplinary Research Careers in Women’s Health (BIRCWH) K12 program (42). NHLBI wholly supports the 2019–2023 Trans-NIH Strategic Plan for Women’s Health Research (43) and is further advancing research on women’s health through the Institute’s Strategic Vision and through the creation of a Women’s Health Working Group in 2015 (44). We encourage the research community to partner with us to better understand the role of sex/gender in lung health through interdisciplinary research and to work toward the elimination of disparities in lung health. World Lung Day 2021 is an opportune time to reflect not only on the seriousness of lung disease but also on the tremendous opportunities that exist today for impactful research that can improve lung health for every member of our societies.

The preceding editorial is reprinted from the American Journal of Physiology: Lung Cellular and Molecular Physiology. Click here for a PDF version with references.

The US COPD Coalition wants to collaborate with groups who seek to improve the lives of those with COPD through education, awareness, and public policy. The Coalition has five categories of membership - patient organizations, state coalitions, liaison members, hospitals/specific practice groups/accountable care organizations, and professional health organizations.

If your organization fits one of these categories, qualifies for not-for profit status under section 501 of the of the Internal Revenue Service Tax Code, and you are interested in joining the US COPD Coalition, please click the link below and complete the application.

Membership to the USCC is free.