The U.S. COPD Coalition is pleased to announce that Congressman Chris Stewart (R-UT) has agreed to become the co-chair of the Congressional COPD Caucus. “It is an honor to be co-chair along with Rep. John Lewis of the Chronic Obstructive Pulmonary Disease (COPD) Caucus”, Rep. Stewart stated. “I look forward to building on the framework of the COPD National Action Plan to assist the more than 15 million American affected by COPD and their families.” Along with Rep. Lewis (D-GA), Stewart joins Sen. Mike Crapo (R-ID) and Sen. Dick Durbin (D-IL) as Caucus co-chairs. As a member of Congress with a strong record of promoting healthier lives for Americans, Rep. Stewart is ideally suited for a leadership role as the Caucus works to significantly reduce the burden that chronic obstructive pulmonary disease (COPD) places on individuals, their loved ones, and society.

Representative Stewart serves the 2nd Congressional district of Utah. Prior to entering Congress, Rep. Stewart served for 14 years as a pilot in the United States Air Force, flying both rescue helicopters and the B-1B bomber. He holds three world speed records, including the world’s record for the fastest non-stop flight around the world. Rep. Stewart was also a former owner & CEO of a small consulting business. He currently serves as a member of House Appropriations Committee and the House Intelligence Committee.

The bi-partisan, bi-cameral Congressional COPD Caucus is a forum for members of Congress to discuss the needs of the 16-30 million Americans with chronic obstructive pulmonary disease and to advance solutions that will improve their health and quality of life while reducing the impacts of the disease on the healthcare system.

Since its formation in 2004, the Congressional COPD Caucus has a strong record in introducing, supporting, and passing legislation that improves the lives of those with COPD and improving our nation’s health. The COPD Caucus has been successful in easing air travel for those with supplemental oxygen, growing access to pulmonary rehabilitation for Medicare beneficiaries, and encouraging enhanced data collection that has made it possible to understand more about COPD’s impact.

Most recently, the COPD Caucus was instrumental in moving the process forward to create a National Action Plan for COPD that now serves as a framework for public and private action that can create a transformational phase in the fight against COPD. The Caucus’ role in urging the National Institutes of Health and the Centers for Disease Control and Prevention to develop this plan greatly accelerated our nation’s response to the growing burden of COPD. 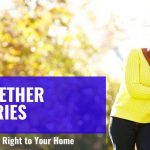 Webinar: Living Well with COPD in a Pandemic