One of the central goals of the USCC is to unify the advocacy voice of the COPD community and as such the USCC works closely with the Congressional COPD Caucus. The Caucus is a bicameral, bipartisan enterprise bringing together supportive legislators from across the aisle and the Hill to support legislation that creates positive national COPD policy.

The USCC is the main liaison to the Caucus and actively engages the COPD community to encourage additional membership of elected officials. Past Caucus activities have included congressional briefings, a non-legislative hearing, and multiple dear colleague letters issued by Caucus members. Some of the Caucus’ successes have included supporting new federal regulations to ease air travel for those with supplemental oxygen, passing legislation to make pulmonary rehabilitation a permanent benefit for Medicare beneficiaries, and encouraging data collection that will help make COPD a public health priority.

The Caucus has been vital to many of the COPD initiatives passed in recent years – the greater the membership, the stronger the Caucus can be.

We are asking everyone affected by COPD to invite their members of Congress to join the Congressional COPD Caucus and show their dedication to the COPD community. Click on the button below to send a letter to Congress:

In order to accomplish the USCC’s goal of unifying the advocacy voice of the COPD Community, a Public Policy Working Group (PPWG) was established by the Board of Directors. The PPWG consists of government affairs professionals and patient advocates from a cross-section of member organizations. Members are convened on a regular basis and as timely issues arise. The PPWG provides a guidance on what issues the USCC should engage in and recommends specific strategies for engagement. The PPWG is also a key vehicle for interacting with the Congressional COPD Caucus and educating additional members of Congress and the executive branch.

The USCC works with its members to activate existing grassroots networks to engage constituents and their representatives in a conversation about legislative and regulatory issues important to the COPD community. Additionally, the USCC utilizes its communication channels, via our website, member newsletter, and social media, to ensure that people are informed, engaged, and empowered to create the strong voice that will be needed to achieve COPD public policy priorities.

The U.S. COPD Coalition does not charge membership dues.  100% of our revenue comes from grants and individual donations. Please consider helping us fulfill our mission by clicking on the link above and making a tax-deductible donation.

Support Respiratory Therapists and the Patients They Serve 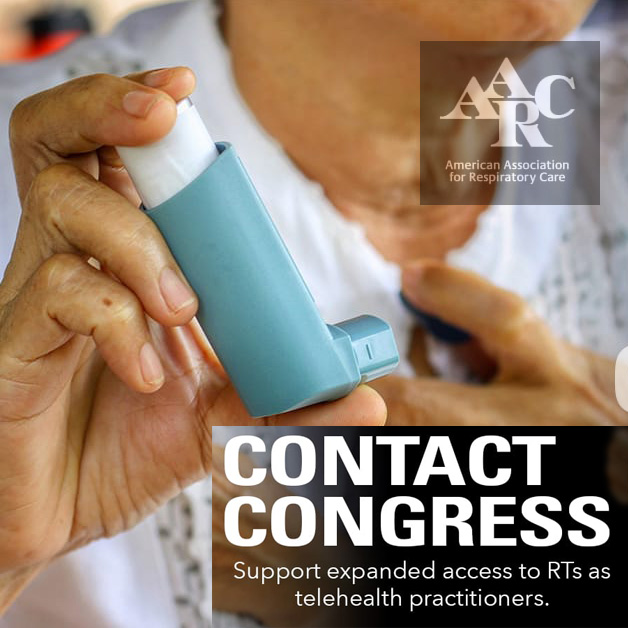