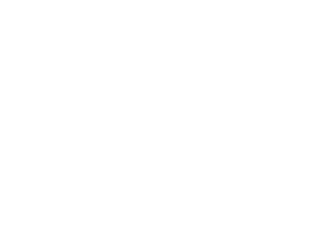 USCC Announces New Additions to Board of Directors

Board of Directors elect new Chair

David Mannino, MD,  is currently the Medical Director at the COPD Foundation. He has a long history of research and engagement in respiratory health.

Dr. Mannino was a founding member of the US COPD Coalition and previously served as Co-chair of the Board of Directors.

Following the election, the Board of Directors met and elected Dr. Mannino as Chair. Current Board Treasurer Joel Africk, JD was re-elected to another two-year term as Treasurer. Board Vice-Chair Valerie Chang, JD and Secretary Goldia Brown, MS as the Coalition’s Executive Officers.

Longtime Board Chair Sam Giordano, MBA, RRT, FAARC and Board member and former Board Officer Karen Dietemeyer are no longer on the Board of Directors as their terms expired. “On behalf of the entire US COPD Coalition, I want to express our deepest appreciation for the time and effort that Sam and Karen gave to the Coalition and the patients we try to represent”, said Executive Director Keith Siegel, MBA, RRT, CPFT, FAARC. “While I will miss working closely with Sam and Karen, I am really looking forward to having Marc Carrell and Dr. Mannino on our Board.”

To see a more complete bio of Dr. Mannino, Marc Carrel, and the full Board, click here.

The American Lung Association’s 21st annual “State of Tobacco Control” report reveals the states with the best and worst policies to prevent and reduce tobacco use, and finds dramatic differences in the strength of states’ tobacco control laws.

The new report finds that the states doing the best to put in place proven tobacco control policies are California, Maine, Massachusetts and the District of Columbia, while the states with the most need to enact policies to reduce the burden of tobacco use are Alabama, Mississippi, North Carolina and Texas. The new report also shows new action at the federal level to prevent youth tobacco use, which resulted in improved federal grades.

The “State of Tobacco Control” report evaluates state and federal policies on actions taken to eliminate tobacco use and recommends proven-effective tobacco control laws and policies to save lives. These policies are critical, as tobacco use remains the leading cause of preventable death and disease in America, killing 480,000 people each year. Currently, 16 million Americans live with a tobacco-related disease.

“Our ‘State of Tobacco Control’ report shows how widely tobacco policies vary from state to state. For example, some states still allow smoking in workplaces like restaurants and bars, while others have had comprehensive smokefree laws in place for decades. The policies examined in our report have a direct impact on the health of state residents,” said Harold Wimmer, President and CEO of the American Lung Association. “Since no state received all ‘A’ grades, every state has the opportunity to improve their tobacco control policies and improve public health. This is also why federal tobacco control action is so important. Every person in America deserves the same protections.”

State Grades Overview
The “State of Tobacco Control” report grades states and the District of Columbia in five areas that have been proven to prevent and reduce tobacco use and save lives:

Federal Grades Overview
The report also grades the federal government on its efforts to eliminate tobacco use. In 2022, there were new actions taken by the government to prevent and reduce tobacco use, including 1) proposed rules to end the sale of menthol cigarettes and flavored cigars, 2) Congress passing a law requiring the U.S. Food and Drug Administration (FDA) to regulate tobacco products made with synthetic nicotine, and 3) increased federal enforcement of the Tobacco Control Act. In one example from last October, the U.S. Department of Justice announced that it filed complaints for permanent injunctions in federal district courts against six e-cigarette manufacturers on behalf of the FDA. More enforcement actions by the Justice Department and FDA will be needed in 2023 to reduce the explosion of illegal, flavored e-cigarettes on the market that continue to addict the country’s children.

As a result of these steps forward, the federal government’s grade for “Federal Regulation of Tobacco Products” improved from a “D” grade last year, to a “C” grade in the 2023 report.

The 2023 “State of Tobacco Control” report grades the federal government in five areas:

*FDA is overdue in publishing the final Tobacco 21 regulations as required by statute, which is why it earns an “incomplete.”

“In 2023, it is imperative that FDA and the Biden administration finalize its proposed rules to end the sale of menthol cigarettes and flavored cigars. When finalized, these rules will be the most significant, lifesaving action FDA has taken in its almost 14-year history of regulating tobacco products,” said Wimmer.

The U.S. COPD Coalition does not charge membership dues.  100% of our revenue comes from grants and individual donations. Please consider helping us fulfill our mission by clicking on the link above and making a tax-deductible donation.

The US COPD Coalition wants to collaborate with groups who seek to improve the lives of those with COPD through education, awareness, and public policy. The Coalition has five categories of membership - patient organizations, state coalitions, liaison members, hospitals/specific practice groups/accountable care organizations, and professional health organizations.

If your organization fits one of these categories, qualifies for not-for profit status under section 501 of the of the Internal Revenue Service Tax Code, and you are interested in joining the US COPD Coalition, please click the link below and complete the application.

Membership to the USCC is free.